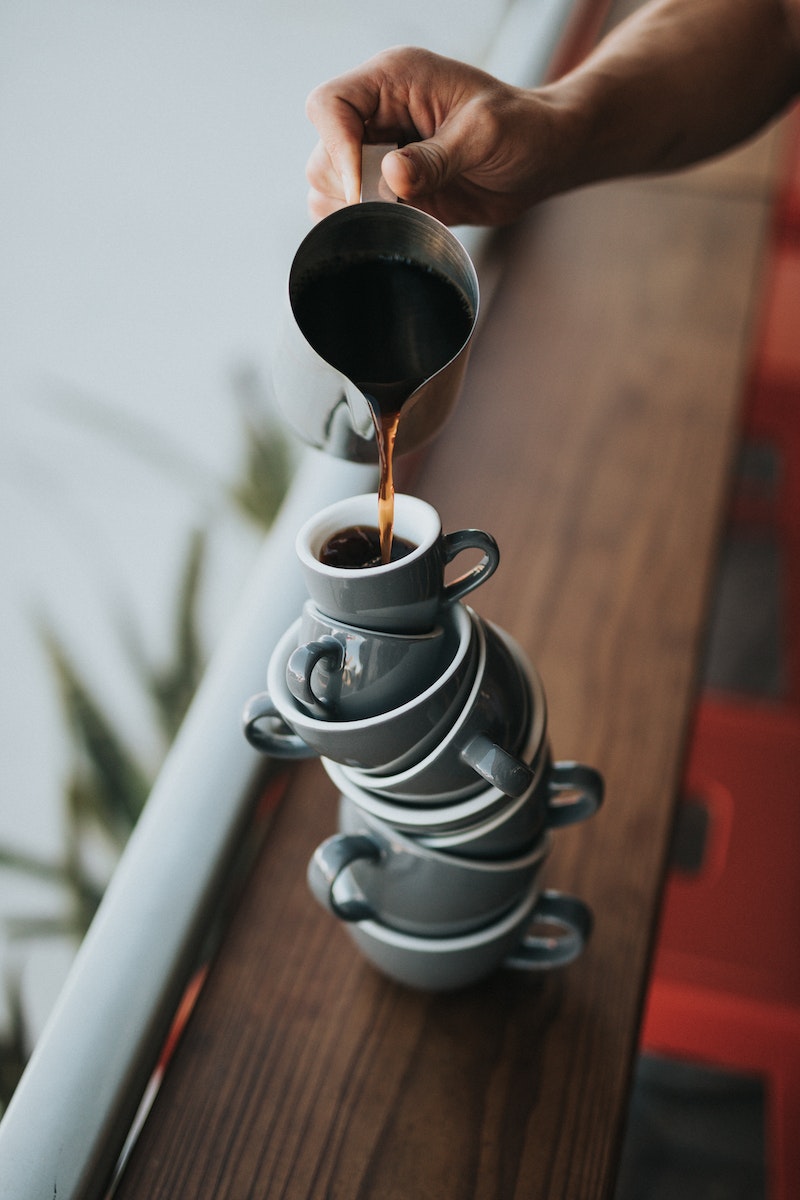 Nine Myths About Masculinity: I Must Keep It Together

Men are trained to always keep up a tough facade, but doing so can have detrimental impacts to your practice of polyamory.

Masculinity is something that can be both beautiful and deeply toxic to who we are as men. For me, as a polyamorous man, it's been extremely important to figure out where my toxic and fragile masculinity is getting in the way of my (good) polyamory. In this series, I'm exploring some of the myths about masculinity with which I've struggled while practicing polyamory.

"My job, as a man, is to keep it together. Revealing my struggles means I'm weak."

This is potentially one of the hardest myths to overcome because of its impact on the rest of our functioning as men. From a young age, we were taught not to cry; to keep our guard up. Those lessons were drilled into us by our peers, society and sometimes even our parents. Men who practice monogamy certainly still face challenges around how they ask (or, more likely, do not ask) for the support they need, but when you're practicing polyamory it becomes significantly more important to ask for help. You cannot practice ethical and consensual non-monogamy and keep your feelings hidden. Bottling up those emotions will lead to resentment, pent-up frustration and blow-ups every single time.

One reason that I believe men (especially cis-men) struggle with non-monogamy is because growing up we were not usually given the tools we needed to employ like slowing down, self-reflecting, and asking for help and support. I think most of us know a bunch of men who are constantly professing to be "living the dream" but I’ve never heard it said without a twinge of sadness or sarcasm. There is a lot of pressure to “keep it together” even when you’re having a rough time at work and parenting and trying to spend time with friends and care for aging parents and maybe somewhere in all of that, searching for purpose.

You may be able to get away with pushing your feelings aside while monogamous, but when you remove the framework of monogamy and replace it with the insecure structure of polyamory you will need to rely on the people around you. Vulnerability is the linchpin in all relationships and in order to ask for what you need, you will need to be vulnerable.

Early-on during my practice of polyamory I spent a lot of time with my wife and her girlfriend, Lisa. We hung out together several nights a week. We spent weekends away at the cabin together, we watched stupid movies from the 90s and remarked on how neither of us could believe that my wife hadn’t seen Space Balls, and all had sex together. I knew from the beginning of their relationship that she identified as a lesbian, but yet for me it felt right. We had a really beautiful relationship, and even though we were all first-timers in poly and group dynamics, I felt safe to explore the grey areas of our sexualities and tackle conversations on topics like privilege and homophobia without fear of judgement or ridicule. One day as I was walking into work I got a text from her. "Hey, [your wife] and I are having lunch and talking and I think I need to take a step back from our group time." I respected her decision to step back from sex with me, but I was crushed. In my mind, we were building something together, as the three of us, and all-at-once during a lunch that I wasn't invited to, I felt that slipping away.

I had been poly for right around six months at this point. I didn't have any of the skills I needed to process this loss. I fell apart while trying to make it seem like I was fine. Internally, I was incredibly hurt and sad. Externally, I spent a decent amount of time at Aster Café crying to Frightened Rabbit covers. I lashed out at my wife, ranting about her partner and how terrible she was.

"How could you date someone that would do this?" I asked at one point, ignoring all of my own contributions to the situation.

Lisa and I spoke on the phone a couple nights later and the conversation was, as I remember it, a blame game.

"How could you drop that on me while I'm walking in to work?" I said. I saw her as completely lacking empathy, curiosity or understanding for the complicated situation that we both were in.

"This is sounding a lot like you thought we were in a relationship, which is not what I want,” she countered.

For many months we did not share space, but it didn't cease to be difficult for me. I would text my wife when I was on my way home and if Lisa was over and she would rush out the door making sure we didn't cross paths. I loved and cared about her, even through all of this, but because of my hurt I was unable to be vulnerable and tell her how I was feeling without blaming her for my own pain.

Months later I began to feel calmer. We slowly rebuilt our friendship. We shared space again, if only for brief interactions. We started re-engaging on social media and feeling more comfortable around each other. Eventually, we started spending more time with the three of us again, and Lisa and I finally got to have the conversation about what happened. I explained how hurt I was and my experience of what had happened and she met that with understanding, curiosity and kindness. Eventually, we even got back to the sexy part of our relationship, when just a few weeks prior, that would have seemed completely impossible. We both apologized for our various missteps and we repaired. All that it took was for me to admit to myself, and finally to her that I was hurting; I needed to be vulnerable. As soon as I did that, we began again.

When we buy into the myth that, as a man, we are required to keep it together, we short-circuit the rupture-repair cycle and the resentment and hurt can eat us up. When we embrace our fragility and we choose to be vulnerable with the people in our lives, we can move through hard things quicker, with less anger, name calling, and bitterness.

About 18 months later, I found myself in a different situation that brought up all of the same feelings. This time the plan was communicated to me in advance and in a kind way. But still, the feelings were the same: excluded, unworthy, unwanted. This time, however, I had some practice and a stronger support structure in place. I called my other partner who was not involved in the situation. The advice they gave was to take the time that I needed to feel what I was feeling and figure out what I needed. Once I knew that, they explained, it might be beneficial to reach out to the people involved. The purpose was not to punish or lash out, but simply to explain that I was hurting. Rather than lean in to the bitterness, they suggested I be vulnerable and ask for support.

Since all I wanted to do was put a maximum amount of space between us, this was a very difficult thing to do, but I decided to take the chance. I reached out to my metamour and asked if he had the space for a walk and provide reassurance. Since a lot of my fears around this situation revolved around feeling unwanted or excluded, I needed to communicate that and ask him to reassure me that even though I wasn’t in on this particular event, that he still enjoyed spending time with me. There was nothing he could do to "make it better" or take away my hard feelings, but even the act of letting my guard down made me feel better.

The first time I felt these very difficult feelings it took months to be vulnerable. The second time, I saved myself from the building anger, the explosive behavior and the resulting shame that I feel when I lose control. I repaired with the people in my life within a couple days. The resolution was the same, but the timeline and the amount of anguish was completely, entirely different. Once I embraced that there were going to be times when I simply needed other people, did not have it together, and could not manage on my own, I was able to move through it.

I realize how lucky I am that people in my circle feels open to this type of communication. It is so much easier when each member of the polycule has the support of all the other members.

We have to be able to ask for what we need, even when we think that we shouldn't need that thing at all. It takes practice. When we are vulnerable and express our needs clearly and without anger or judgement, we commit to exchanging short-term discomfort for long-term stability.

Nine Myths About Masculinity: If You're Not Straight, You're Gay

Nine Myths About Masculinity: I Am Not Enough 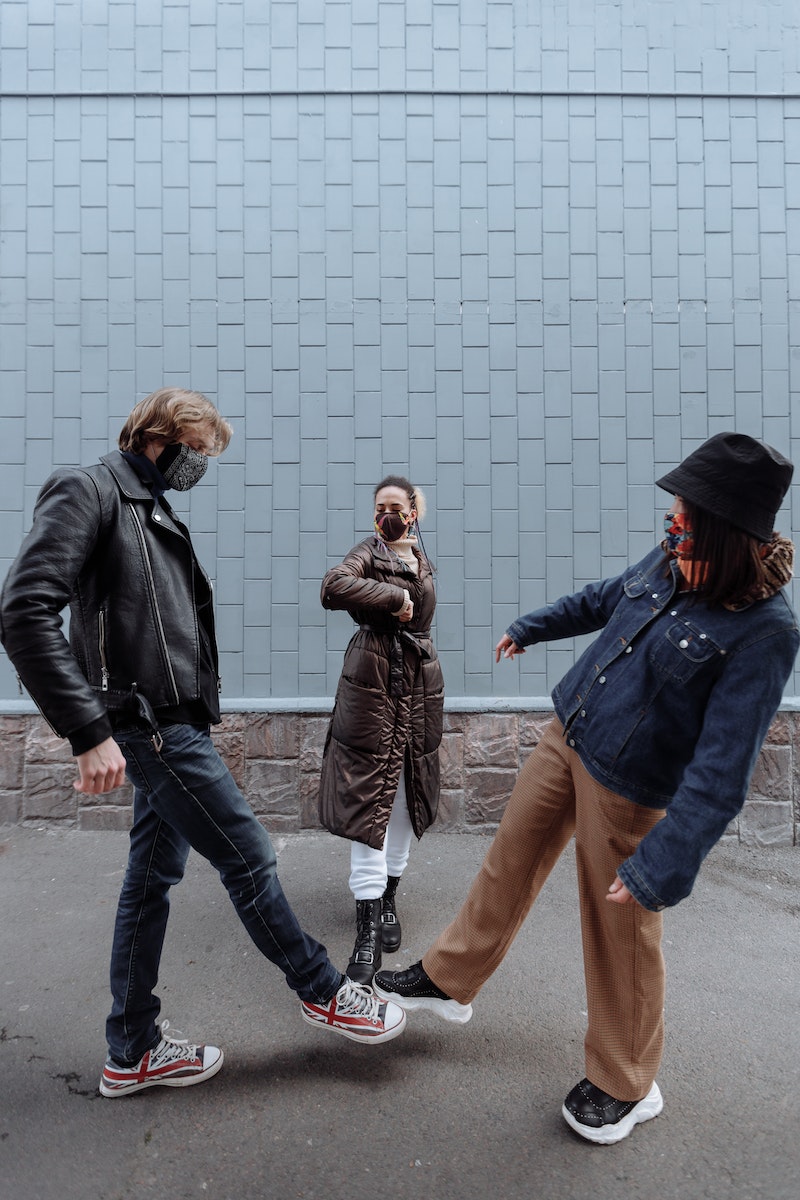 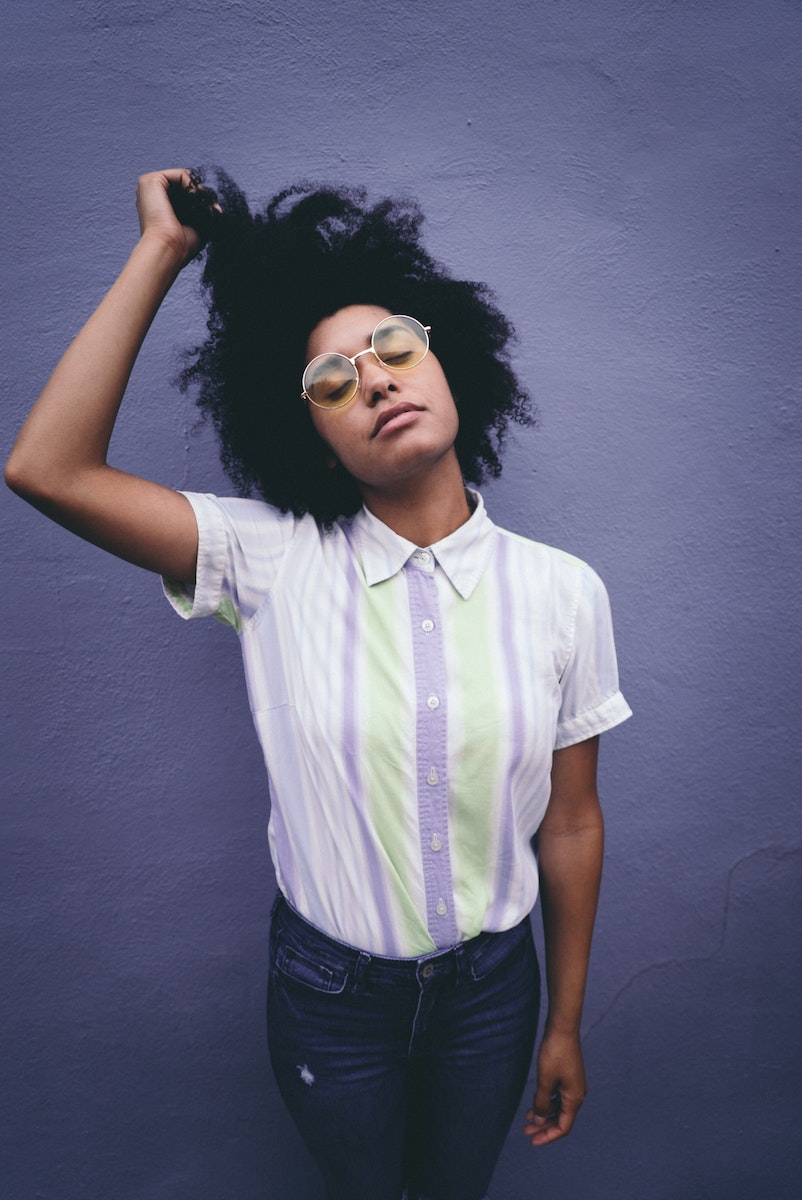